Otherwise healthy Democrats have gotten ever more hysterical when it comes to matters of culture, economy, and governance. Is doltishness a side effect of a vegan diet? Could all of that Californian fog be getting to their heads? Or is the left simply a product of an education which encourages facile empathizing over shrewd analysis?

It just so happens to be the case that one of the cultural industries colonized by the left – Hollywood – is packed with graduates of a department whose “curriculum” consists of the same tricks and theatrics progressives use to push their grievance-centric, feelings-over-facts agenda.

These same theater grads now have platforms that grant them incredible pull on American voters.

Rehearsal – imperative for memorizing “to be or not to be” and “no Trump, no KKK, no fascist USA” alike. Party lines are easier to recite if they have been memorized and practiced.

Improvisation – cute when contained to the stage, insufferable when it translates to duplicitous filibustering or impromptu protests

Projection – here referring to both the presumptuous bloviation and the banshee-like shrieking to which progressives are inclined, both on and off-stage

Insincerity – whether you’re trying to get audience engagement or the mean conservative banned from campus, crocodile tears work wonders

When they’re not learning their sentiments, aspiring actors often acquire practical skills like lighting, sound design, and playwriting. Good for them! But conceptual coursework ensures that malleable minds don’t wander too far from the progressive echo chamber and its cancerous identity politics.

To indoctrinate or not to indoctrinate…that seems to be the question within many a university drama department.

Take my alma mater, the University of Virginia’s drama department, which offers a course called “Performing Race & Citizenship.” Professor Katelyn Wood deserves a pat on the back for constructing this double entendre. Skin color and citizen status are, indeed, capricious items that aren’t at all genetic or something you obtain once, but are, like seemingly everything else these days, social constructs that change with the season or when professionally expedient (hi, Rachel Dolezal and Elizabeth Warren!). While performing citizenship may involve UVA allowing illegal alien students to masquerade as Americans while guzzling up tax dollars, something tells me performing race will not involve blackface.

I’d be remiss not to address the UC Berkeley theater department catalog, hyperlinked here for your comedic pleasure. If the Romans desired to build an ideological Trojan horse instead of a physical one, they sure could take lessons from Berkeley Drama’s inconspicuous courses such as Undocumented Subjects: Performance and Immigration in/outside of the US and a course asking “who are we socially when our bodies need to go [to the bathroom]?” Needless to say, the only practical course comes in the form of How to Be Alone, something crucial for every loveless SJW to learn.

Javier Munoz, who plays Alexander Hamilton in Hamilton, graduated from New York University. NYU’s drama honors program has “4-credit courses on a variety of subjects in theatre and performance studies.” Gender, Performance, and the Third Wave and Feminism, Gender and Sexuality in Performance made up the diverse offerings of the program’s Spring 2017 iteration.

The former class promises to glean insight from feminist plays alongside Jezebel, Tumblr, Feminist Frequency, and a socialist who refuses to spell her name with capital letters. Meanwhile, the second class focuses on privilege and the glass ceiling. Unlike the topics, the assignments presumably exist.

It sure seems like all the world’s a stage, but only the study of certain segments grounded in emotion are useful in advancing the left-wing agenda. Considering the veritable mix of feigning devices and progressive propaganda lapped up during their education, is it any wonder that Hollywood stars are the crusaders in the left’s world of pretend? Michael Rectenwald, the professor famous for getting put on paid leave at New York University after daring to criticize leftist ideology on Twitter, is suing the university, reported The Daily Caller.

Rectenwald anonymously operated the @AntiPCNYUProf Twitter account, tweeting bits of genius like “liberalism co-opts the discourse and techniques of radicalism and turns them into devices of mass manipulation” and “identity politics has, to borrow from Nietzsche, ‘made an infirmary of the whole world,’” as well as some witticism like “she’s ‘worked like a demon’ said Bill Clinton regarding Hillary Clinton. Might that be because she IS a demon?”

After confessing himself to be the perpetrator of these heinous crimes, faculty allegedly ostracized and harassed Rectenwald, a site stripped three essays of his name, committing plagiarism by giving someone else authorship, and NYU put the professor on paid leave.

The professor is suing NYU and four colleagues for defamation. He alleges that “faculty members used official email distribution lists to defame him in May of 2017, calling him a “right-wing misogynist,” an “asshole” and “Satan” in messages sent to over 100 NYU faculty and administrators.”

Rectenwald claims that his colleagues were concerned about his mental health and coerced him into taking a leave of absence. NYU, on the other hand, says the professor voluntarily chose to take it.

But the professor makes an important point. We live in an era in which one side of the debate demonizes dissent — the left doesn’t just think you’re wrong. No, if you disagree with PC culture, identity politics, socialism, there’s something wrong up here with you. Or, you’re just plain evil. And take your pick: you can either be institutionalized for your wrongthink, which is where academia comes in, or you can have it beaten out of you by those who see no difference between “hate speech” and actual violence. 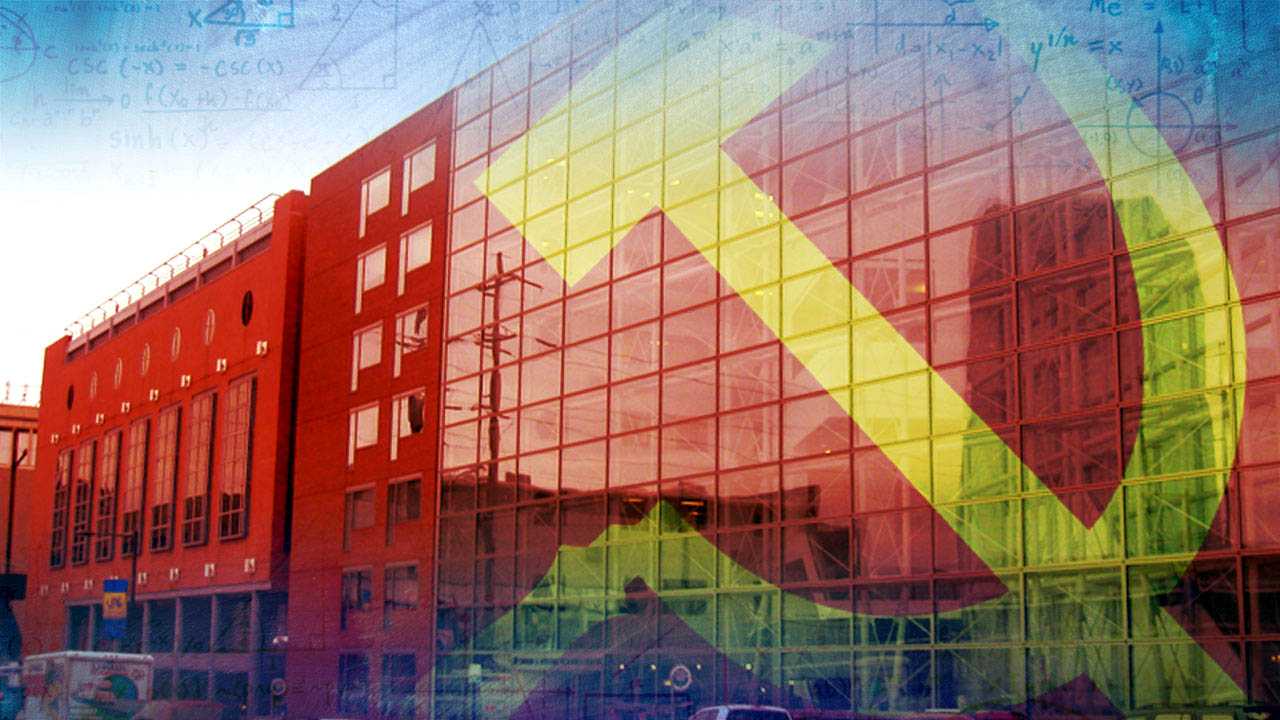